Blockchain and IoT: Harness the power of extreme innovation with this amazing paring 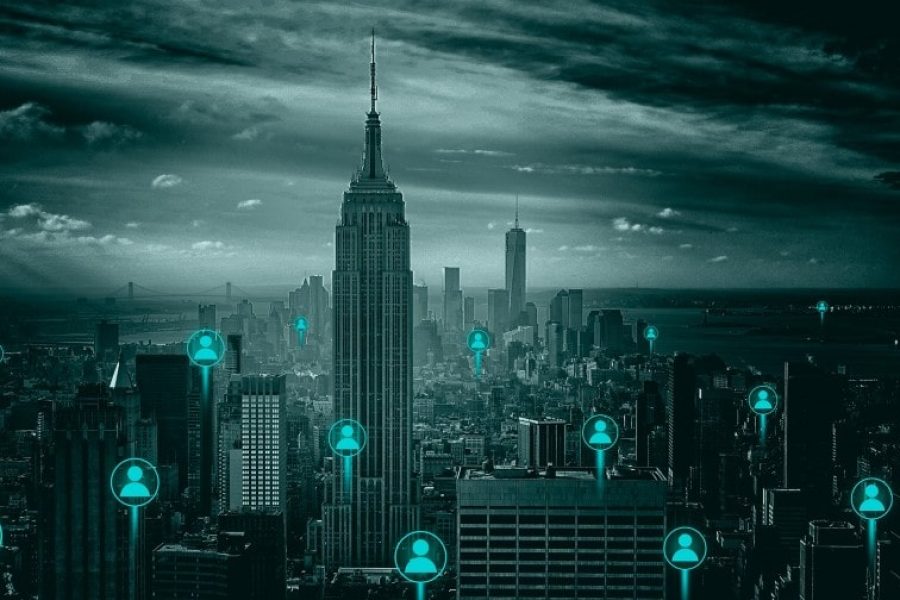 The internet of things is a technology that provides enormous potential for new opportunities for any company. IoT includes automation, data collection, and finding out the how, when, why, and where to acquire the necessary data for making effective business decisions. While smart cities and smart homes seem enticing, the IoT market is highly unregulated and still in the early stages of implementation.

The integration of blockchain and IoT is potentially the perfect pairing. One of the crucial issues with IoT is security, while one of the top benefits of blockchain is enhanced security. Therefore, blockchain can deliver various features often needed for companies to fully adopt and rely on the internet of things.

However, this is not a one-sided relationship. As IoT evolves with blockchain, even blockchain becomes more applicable and valuable in various industries. According to I-scoop, the convergence of blockchain and IoT is among the top agendas of many companies. Before looking at how the two technologies complement each other, companies must first understand the technologies’ basic concepts.

Blockchain as a technology

Blockchain is among the most recent technology themes that have attracted researchers and companies worldwide due to its various benefits. According to Euromoney, blockchain is essentially a digital ledger of duplicated transactions that are distributed across the entire connected network of computer systems. In order to store data on the ledger, most network nodes have to agree that the data is valid. This requires a cryptographic consensus mechanism, and the two most popular mechanisms are the Proof-of-Stake and Proof-of-Work.

In the blockchain, a group of transactions is collected and appended together to form a block. A time-stamp and cryptographic hash values are used to link each block to previous ones. In this way, multiple blocks are chained together, hence the name blockchain. Primarily, blockchain technology promotes distributed information sharing among all participating nodes securely and transparently.

Blockchain delivers numerous benefits to multiples industries and fields; however, the following features make it a crucial supplement to IoT technology:

The internet of things explained

According to Mathew Evans, the head of TechUK, the term Internet of Things encompasses all devices connected to the internet. However, IoT is increasingly used to define devices that can communicate with each other automatically. In simple terms, IoT consists of smart devices; from simple sensors, actuators, smartphones, and wearables to large devices like networked industrial equipment and sensors collaborating and communicating on the internet. With the term IoT being so broad and widely used, there is no specific definition.

By combining these devices with automated systems, the devices can gather data, analyze it, and reach decisions on various operations, which is the primary aim of the Internet of Things as a technology. IoT is mainly about devices, data and networks. The applications and implementations of IoT share some standard features, as shown below.

Below are some of the critical technical challenges in IoT and how blockchain technology solves them.

IoT Challenges that can be solved with blockchain technology

According to Deloitte, security is a significant concern with IoT that hinders its large scale deployment. IoT systems implement a centralized model as all data processing, storage and operations are accomplished through a central server. This makes it highly susceptible to various kinds of attacks like Denial of Service (DoS) or Man in the Middle attack (MitM). Consequently, this produces a single point of failure if servers shut down or fail.

Blockchain technology offers enhanced security by using the public key infrastructure to increase security against attacks like MitM. Moreover, it provides an immutable ledger that is only updated with the agreement of nodes participating in a network, thereby guaranteeing data integrity. Communication in the blockchain is also maintained through cryptographic hash functions, which protect the data from unauthorized parties or malicious actors.

IoT devices collect real-time sensitive data such as passwords, financial records, personal information, and purchase records, among others, from users.  This collected data is stored in one central server, which is fully controlled by a third party that can easily violate data privacy. In some cases, malicious parties may also opt to sell the data to other third party organizations.

Blockchain technology delivers efficient identity management through unique addresses, which make users anonymous. With blockchain addresses, data cannot be traced back to the user; therefore, even if data leaks unintentionally, the users’ identity remains hidden. Additionally, blockchain cryptographically encrypts all the data in the network, giving users total control of their data.

Among the main challenges experienced with any centralized organization is scalability. Centralized servers and databases are only effective with small organizations. With the Internet of Things, the number of devices is rapidly increasing as more industries adopt the technology. This means that the amount of data generated is also growing exponentially. Eventually, this will lead to bottlenecks in centralized servers that will render them ineffective and inefficient for the IoT system.

Among the crucial aspects of an efficient IoT system is incorporating different users and their diverse needs. Currently, the IoT systems use centralized models that restrict flexibility within the network. Users are often forced to use a few models that may not inherently suit their personal or business operations.

There are four main types of blockchain: public, private, consortium and hybrid blockchain, each with its own features. With the diverse types, blockchain incorporates all users’ applications from personal use, company use, and industry use to larger applications such as government use. For instance, with hybrid blockchain, users can segment the networks into various channels. This allows entities or even individual users to collaborate among themselves securely and participate in the more extensive network simultaneously. This feature controls access, enhances diversity and makes the IoT system flexible to meet users’ diverse needs.

One of the first applications of blockchain was through smart contracts – self-executing contracts with the terms of the agreement directly written into line as code and deployed on the blockchain. These digital contracts are autonomous and automatically enforced, eliminating the need for centralized servers or third parties. Smart contracts are also implemented in minutes without the need for any legal third parties. These contracts brilliantly combine legal contracts, network operations, and financial transactions. Implemented in IoT systems, smart contracts automate operations and enhance efficiency.

Traceability and transparency in the IoT ecosystem

Although the IoT system connects devices across a vast network, it is challenging to track operations and device transactions in the ecosystem. Since a third party controls the system, all this information is stored in centralized servers, making it extremely difficult to access. In case of malicious operations in the network, users cannot trace the source of the attack or the attacker.

Blockchain provides an immutable ledger that is open to all the participating nodes. Transactions in the ledger are tagged to a user’s address. Therefore, users can track any transactions or operations executed by a node, making the blockchain-IoT system highly transparent.

Blockchain offers a scalable, distributed and decentralized environment for IoT devices, platforms and applications. On the other hand, IoT opens a platform for businesses to run smart operations and systems. Today, almost every device is equipped with a sensor that allows device-to-device communication.

Therefore combining blockchain and IoT can make various industries efficient and autonomous, as illustrated with the examples below:

As the global supply chain becomes more interconnected and the number of stakeholders increases, it has become challenging to have end-to-end visibility. Due to the lack of transparency and complications in the supply chain, companies are integrating blockchain and IoT to enhance visibility and traceability in the supply chain. IoT devices gather information about the product and then securely store the data on the blockchain for all participating nodes to view.

On such company is Golden State Foods (GSF), a diversified supplier for manufacturing and distributing food products. GSF is working alongside IBM to optimize business processes using blockchain and IoT by creating a secure, immutable and visible ledger.

Nowadays, autonomous and digital driving is a competitive demand. Automotive industries use IoT sensors to deploy fully autonomous vehicles and decentralized ledger technology to create a network for multiple users to share crucial real-time information. The automotive industry is an exciting blockchain and IoT use case with various applications, such as automated fuel payment, autonomous cars, smart parking and automated traffic control.

A leading company in this space is NetObjex, a smart parking company. According to PRNewswire, NetObjex integrates blockchain and IoT to ease the process of finding parking space and automated payments using crypto-wallets. NetObjex has collaborated with PNI, a parking sensor company, to provide real-time vehicle detection and to find parking spaces.

Smart IoT devices have proven their crucial role in our day-to-day lives, from smartphones and smartwatches to smart refrigerators in our homes. However, traditional sharing methods lack the necessary security measures and standards to secure personal data. IoT blockchain systems enable enhanced home security that users – not central authorities – can control.

One of the companies turning this into a reality is Telstra, an Australian telecommunication and media company. Telstra provides smart home solutions by implementing biometric security, voice and facial recognition, and blockchain technology. The acquired data is stored on the blockchain, and access is only provided to authorized users.

Challenges within the blockchain and IoT ecosystem

Great strides in development have been made in IoT and blockchain systems, but these two technologies’ applications are far from perfect. Several key challenges have to be overcome to benefit fully from this integration.

Security: Decentralized blockchain networks provide a high level of security. However, what levels of weaknesses does the IoT ecosystem present if the two technologies are integrated? IoT devices have to be highly secure before joining the network to prevent attackers from tampering with them.

Scalability: The amount of data generated by IoT is expected to grow in the next 5 to 10 years. Will blockchain be able to cope with the sheer volume of data without sacrificing efficiency and transaction speed?

Legal and Compliance: How smart contracts operate in an IoT system will also have to be stipulated, and the allocations of responsibility closely examined.

However, despite these challenges, the blockchain and IoT fusion is still in the early stages, and there is room for development and improvement in the future.

Future outlook of a blockchain and IoT based ecosystem

Blockchain and IoT technologies can be combined in multiple dimensions. This innovative convergence is set to take place in business models, production processes, service delivery, manufacturing industries, devices and machines to mention only a few. IoT-blockchain business models can be widely applied to autonomous operations or IoT devices such as sensors, vehicles, machines, cameras, industrial equipment and other IoT devices. These devices can leverage AI and data analytics to make them independent economic agents or decentralized autonomous organizations.

The convergence of these technologies will drive the digital transformation of businesses and industrial corporations worldwide. Blockchain technology combined with IoT will pave the way to a new age of automation and digitization. Riding the Virtual Blockchain Trend: How to Make Money with NFTs in 4 different ways How to Sell NFT Art in Brief: Creation, Fabrication, and Dealership